skip to main | skip to sidebar

A vault for seed deep in Artic mountain 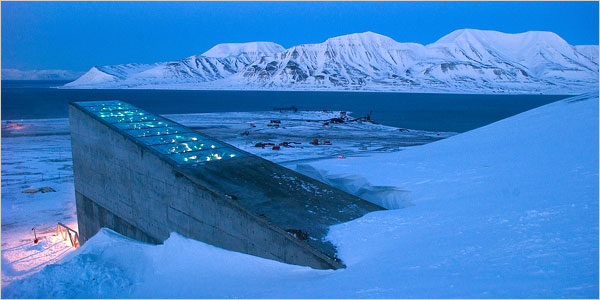 The Norway authorities just open a vault to store and protect thousand boxes of seed.
With plant species disappearing at en alarming rate, scientists are creating a global network of plant banks to store seeds and sprouts, precious genetic resources that may be needed for man to adapt the world's supply to climate change. 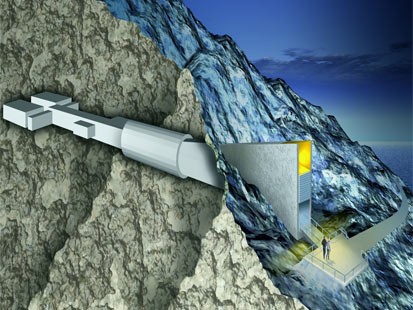 Norway first proposed building what it called a "Noah's Ark" for the world's seeds in June 2005, and started construction a year later, blasting a nearly 400-foot tunnel into a frozen mountain and placing the vault for foil-wrapped seeds deep inside. Each sample holds about 500 seeds.

Over the next two months, powerful cooling units will bring its temperature down to the target of about zero degrees from the current 23 degrees. 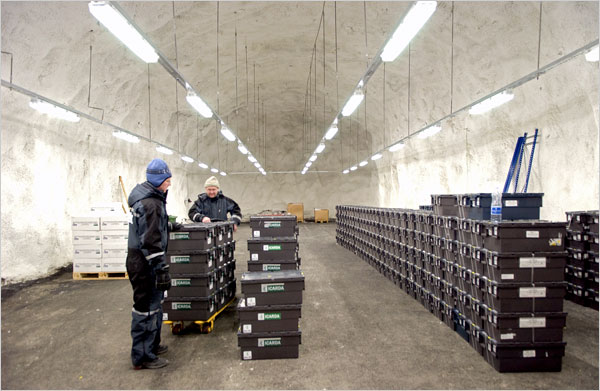 "The seed vault is the perfect place for keeping seeds safe for centuries," said Cary Fowler, Executive Director of the Rome-based Global Crop Diversity Trust, a project partner. "At these temperatures, seeds for important crops like wheat, barley and peas can last for up to 1,000 years."

Photograph by John McConnico/AP
From an article in the New York Times on Friday, February 29, 2008

Posted by charlyexpress at 3:34 PM